I met Fred at a writer’s conference we both attend every year in New York City. A dapper soul, he’s the only man I’ve met who rocks an ascot — and carries it off! 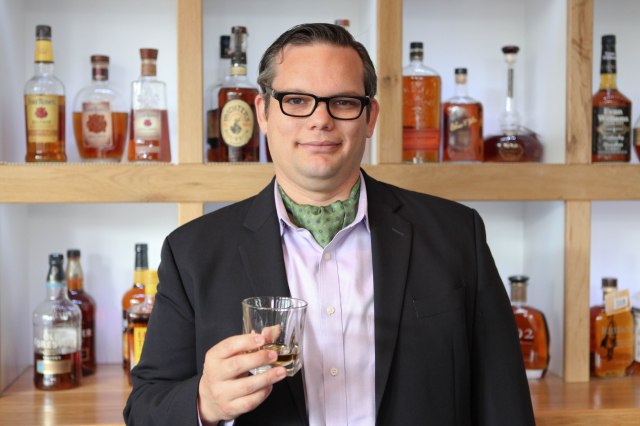 His writing career began with pigs (!), and he now gets paid to drink. Sweet!

He also faced 50 (!!) rejections when trying to sell this book, so there are some useful lessons in his story for would-be authors. 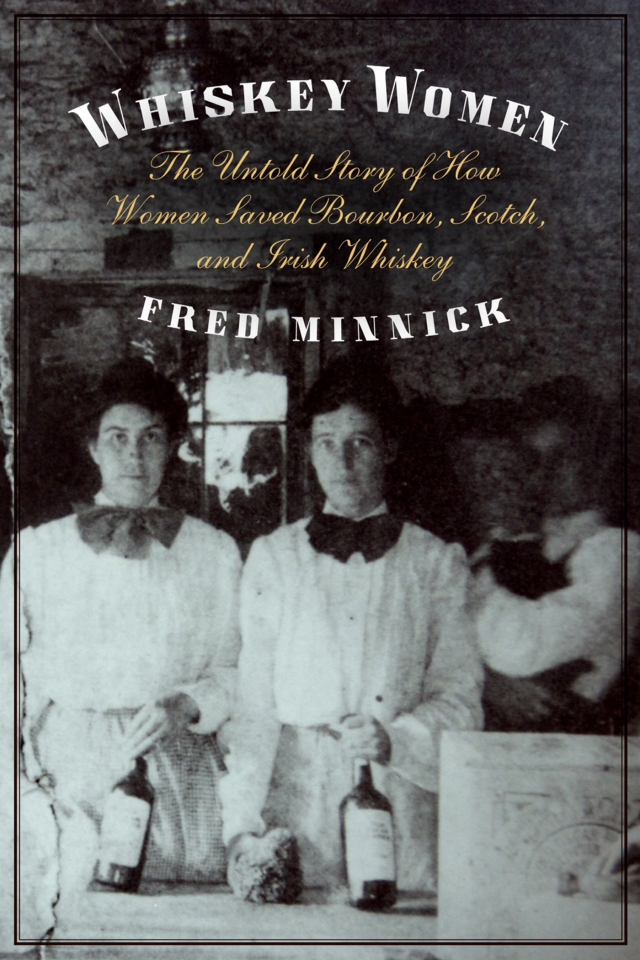 I blurbed the book, and I loved his devotion to women’s history in a fun, lively, detailed look at all the ways women have influenced the production (and prohibition) of spirits, from Ireland and Scotland to the U.S.

As a single-malt fan (Balvenie), I had no idea how involved women have been, for centuries, in the whiskey trade. I love Fred for unearthing and telling these stories! I learned a lot reading his book and recommend it highly.

Here’s my Q and A with Fred:

Tell us a little bit about you: where you live, how you got into writing/journalism and what sorts
of things you typically cover.

I moved to Louisville, Ky., after my tour in Iraq as an Army photojournalist. The reason? To be with the beautiful woman I’m now married to. My writing career started in the Future Farmers of America (FFA.)

Like many rural towns, my hometown—Jones, Oklahoma—had an FFA chapter that showed pigs, sheep, cattle and participated in many other farming activities. I showed pigs.

At 15, my advisor asked me to start writing stories for our local newspaper about pig shows. At the time, we were winning
all these grand champions across the state and receiving little credit. My first story was about a pig show. After I saw my byline on the front page of the Oklahoma County Newspaper, I was hooked.

My beginnings are in agriculture writing, and I’ve always found myself covering aspects of agriculture. Even now in my main beat, whiskey, my agriculture background comes in quite handy.

Where did you get the idea for this book and when?

When I was 12, my mother went back to school and eventually received her degree, becoming the first woman in our family to earn a college degree. And when I was in Iraq, I observed women soldiers outperform men. So, I have all these moments in my life where I found myself looking up to women for their accomplishments. In 2011, a new organization called “Bourbon Women” was formed.

That’s where the idea for the book came. I essentially studied the history of women in whiskey and was amazed nobody had ever done this book before.

Was it a difficult book to sell to an agent or publisher?

When you write about whiskey, you find yourself reading the following line a lot: “Fred is great, a terrific writer, but the subject feels too niche to appeal to a broader audience. We’ll pass, but thanks for thinking of us.” My agent at the time, Neil Salkind, who retired after this book, never gave up, because he believed in Whiskey Women and in me. He forwarded more than 50 rejections, but this story needed to be told.

Finally, Potomac Books’ Elizabeth Demers fell in love with the title, and Potomac bought it. That was an incredibly taxing experience, because the book went before a dozen review boards but most came back with “we love Fred, but the genre is too niche.”

Rejection is just a part of the business. Once you realize this, those notes don’t feel so personal.

What were the most challenging aspects of reporting or researching the book?

Since so much of whiskey’s history relates to commercial brands consumers buy, I found it frustrating that few whiskey brands knew about their female heritage. For them, women represented a small sales percentage that required feminine marketing tactics. When I discovered female owners in brand histories, I went back to these brands and they said, “oh, I didn’t know that.” Now, I hope they will recognize their female histories. To be fair, Maker’s Mark and Johnnie Walker have always promoted their female connections. I honestly think most brands didn’t realize how important women were to their
histories. Hopefully, Whiskey Women will change that.

Tell us a bit about your research for the book – where you went, who you spoke to, how you found
sources.

After picking the brains of every brand manager in the whiskey business, I found myself sitting in archives seeking old whiskey recipes and looking for female names in whiskey-related arrest records. Either online or in person, I searched through archives in Scotland, Ireland, England, New York, Pennsylvania, Illinois, Kansas, Kentucky and anywhere else with a
whiskey past. At one point, when looking at a whiskey recipe from the 1600s in the National Library of Ireland, I saw scholars surrounded me. That was a rewarding moment.

How long did it take you, from signed contract to delivered manuscript?

A year and a half.

Was this faster or slower than you anticipated?

It was about what I expected, but the University of Nebraska Press acquired Potomac shortly after I filed my manuscript. I didn’t hear anything from my publishers for a couple weeks, and I feared the worst. UNP acquired Potomac for its military titles, not my book. What would they do with me? It turned out to be a great move, because UNP has been fully supportive.

What did you enjoy most about working on the book?

The research. I loved digging through archives, knowing I
was the first whiskey writer to publish a recipe or mention a woman’s name.

What was the least fun part?

Citing sources. This is the first book I’ve written with endnotes and a bibliography. My first book, Camera Boy: An Army Journalist’s War in Iraq, was a first-person memoir, and my second, The Brand That Changed Beef, attributed sources with “according to” and quotations. Trained in journalism, not in history, I was so nervous about not properly citing that I probably over-cited sources.

Who do you see as readers for this book?

I really tried to make Whiskey Women a book about women, who happened to be the foundation of the whiskey business. I hope women from any walk of life can read it and relate to these women in a male-dominated industry. I tried to give women credit they’ve ever received.

If you have written other books, how is this one different – in tone, content, approach?

This is a true narrative history book. My previous books flowed with a conversational style; Whiskey Women packs the facts. But, I certainly stick to my easy-to-read style with quirky anecdotes.

What advice would you offer a would-be non-fiction author?

Once upon a time, I hated the proposal stage. After writing my share of winning and losing proposals, I now view this stage as the map to the eventual book.

The more thought out and research-laden your proposal is the better your book will be. I
did my homework for this proposal, and it helped set the stage for what I hope is considered a great book.