The world of journalism is full of competitive, ambitious, driven people. I’m one of them. 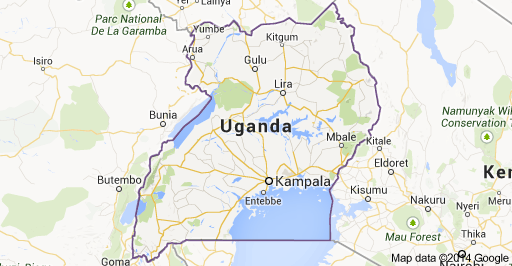 But a recent death — that of 39-year-old New York writer Matthew Power — raises questions for me that remain troubling and unanswered. He died in Uganda while on assignment of heatstroke.

On Facebook I read, and joined, a discussion with other journalists why his decisions seemed normal. Not to me.

And yet there was something else, too. Matt may have been a free spirit, but he paid a New York mortgage and worked hard to afford it. Reviewing Matt’s itinerary—red-eye, trans-Atlantic flight followed by a seven-hour drive to the trailhead the day of his arrival, then joining the expedition on his second day in country—I got a shiver of recognition. I’d have made the same mistake. Not just failing to give heat the respect I do altitude. Failing to give it more time. Departing from New York, where there is never a moment to lose, there’s no way I’d think to schedule an extra couple of days—much less the week Casa recommends to top athletes—to let my body adjust. No one has that kind of time….

It took Wood, Beka, Florio, and the rest several hours to get Matt’s body to the village of Arua. They lost most of Tuesday trying unsuccessfully to secure a helicopter to transfer his body to Kampala. By the time of his postmortem exam on Wednesday morning—36 hours since he’d passed away early on Monday afternoon—his body had begun to decompose badly, making it difficult to determine whether a preexisting condition or other factors had contributed to his collapse. To Florio, at least, his death poses no great mystery. Matt, he says, failed to acclimate to Uganda. The temperature as his flight departed New York was roughly 20F—had been, it seemed, for months.

“No one has that kind of time.”

This was not a breaking news story. He was not covering a war or conflict or election, nor competing head to head against dozens of other reporters on deadline.

If you’re working for so little money or on so tight a budget or feel so frenzied that you can’t afford even an extra day or two so take care of your body’s very real needs, what purpose does this faux frenzy actually serve?

I didn’t know Power or his work or the person who wrote this story about him. Power seems to have been universally loved and admired, so my comment is not meant to disrespect him or his skill. Let’s be clear about that.

But his judgment — and the encomiums of others mourning this set of decisions to race ahead at all costs — is not something I wish to emulate.

In the vastly diminished world of journalism, in which pay rates are lower than a decade ago and well-paid assignments rare for many, pushing back to defend your needs is now seen as suspect, grabby and weird; I was recently offered a contract that would only pay me 25 percent of the original $4,000 fee if it didn’t work out as we all hoped.

It didn’t, after two full revisions.

But, knowing this can happen on certain sorts of stories especially, when I asked for a better deal, I was called “difficult.”

Power died a few days before I left for Nicaragua to work in a five-person team, interviewing locals in 95-degree heat in 12-hour days, sometimes in the remote countryside. We often worked in full sun, drenched in sweat, frantically seeking whatever shade we could find; there was little to be had.

One morning, after walking and climbing in full sun for a few hours, I told our group leader I needed to soak myself at the well to cool down even though we were supposed to leave right then. I refused, politely but firmly, and told him I needed to lower my body temperature. We left 30 minutes later, and didn’t miss anything we had planned to do.

Of course I felt embarrassed being so demanding — no one else asked for this. But I’d almost gotten heatstroke when I was Power’s age, while hiking alone in the Grand Canyon. I’d written about it and knew how serious it is.

It killed Matthew Power, a young, healthy man who had done many tough overseas assignments before.

We are human beings — not machines. We are fragile. We get ill.

We can die from making the wrong choices.

Pretending otherwise, that we are somehow invulnerable — that an extra few hours of rest or an additional night in even the most basic hotel to acclimate — is an undeserved or greedy sort of luxury is madness.

His death appalls me.

But reinforcing the idea that ignoring your own needs is the wisest and most admirable choice is even worse.

21 thoughts on “He worked himself to death”