Last week brought two unprecedented experiences in my 30 years as a freelance journalist.

Two editors each apologized to me by email. One had driven me nuts with micro-managing while the other snapped my head off verbally and hung up on me for daring to (politely) argue my point.

Yes,  I could have shrugged it off. But I didn’t.

Being repeatedly subjected to others’ anxiety and unmoderated rage leaves me shaking head to toe.

When I told a third editor — also a veteran of our industry — her reaction shocked me a little, because such incivility is something we’re all just supposed to ignore and shrug off.

“You’re lucky,” she said. “Many people would not have apologized.”

Why is it our job to absorb, ignore or deflect your toxic anxiety?

People in my industry, and in many others, are running so scared that many are behaving like terrified toddlers lost in a sea of unfamiliar knees at Disneyworld.

The sexy new word for this latest debacle of American employment-at-will — (i.e. they can fire you anytime, anywhere for any reason at all. No reason, even! And the law makes it impossible for you to sue or claim redress. Yay capitalism!) — precariat.

Thirty years ago, a vast majority of Americans identified as members of the middle class. But since 1988, the percentage of Americans who call themselves members of the “have-nots” has doubled. Today’s young people are more likely to believe success is a matter of luck, not effort, than earlier generations.

These pessimistic views bring to mind a concept that’s been floating around Europe: the Precariat. According to the British academic Guy Standing, the Precariat is the growing class of people living with short-term and part-time work with precarious living standards and “without a narrative of occupational development.” They live with multiple forms of insecurity and are liable to join protest movements across the political spectrum.

The American Precariat seems more hunkered down, insecure, risk averse, relying on friends and family but without faith in American possibilities.

In my industry one-third have lost our jobs since 2008, most of which are not coming back. So those left employed are clutching their staff positions like a drowning man with a life-vest. They’re freaked out by anything or anyone that threatens their hold — literally — on the upper middle class.

I get it! A midlife, mid-career drop in income is deeply unpleasant.

But this widespread free-floating work-related anxiety feels toxic, whether coming from other freelancers — some of whom seem to tremble in the corner most of the time, persuaded they have zero bargaining power, too terrified to negotiate better rates or contracts — or bad-tempered staff editors.

My recent eight-day working trip to Nicaragua, even working long days in 95 degree heat, was totally different. We were treated with kindness, respect and welcome.

It made me viscerally understand that many journalists (many workers!) are becoming accustomed to being treated rudely and roughly.

That’s crazy. And I came home with a much clearer sense of this.

So people, it’s time to get a grip on your anxiety:

Meditate. Move to a cheaper place. Do whatever it takes to lower your living expenses. Work three jobs if necessary, and bulk up your savings so if you get canned or face a dry spell, you’re able to manage.

It’s time to stop flinging your anxiety (aka shit) at those around you, in some desperate attempt to offload it onto those in even more precarious situations — like unpaid interns and your army of freelancers, none of whom can even collect sick pay or unemployment benefits. 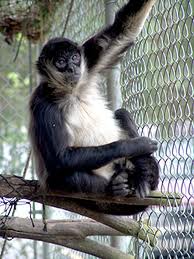 We are not monkeys in the monkey house.

50 thoughts on “Anxiety is toxic and contagious — chill out!”