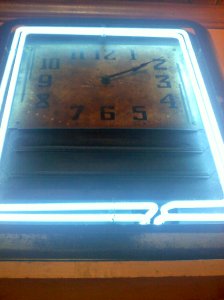 Of all the super-powers — flight, amazing strength, invisibility — the ability to travel through time has always fascinated me. 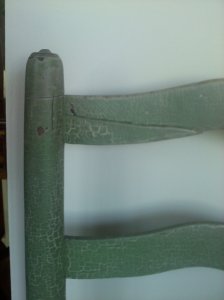 My home is filled with items from the past: rush-seated wooden chairs from the 19th century; scraps of early textiles, pieces of porcelain from the 1700s , and I dream of owning an ancient Roman, Greek or Egyptian object — a coin or statue or piece of bronze or glass.

One of the attractions of the HBO series Game of Thrones — despite its gore! — is the feeling of losing myself in a long-ago, far-away world, filled with thrones and knights and huge stone castles.

Of course, time travel to any period deep in our past also means losing cool contemporary stuff like antibiotics, general anesthesia, a woman’s right to vote and own property, reliable, safe contraception…oh, and telephones, television, cars and computers…

But — riding in a sedan chair! A barge down the Nile! Doing the Charleston! Watching the Wright Brothers try out their first aircraft at Kitty Hawk!

(True, I don’t long to be a mud-covered serf in some filthy field. Have to be a little specific about this stuff.) 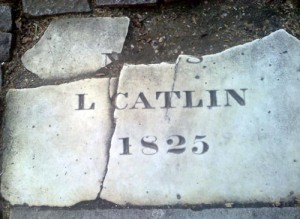 If I could time-travel, some of the times and places I’d like to (safely!) visit:

The U.S. during World War II when women took over “men’s work” in the factories

I have less curiosity, oddly perhaps, about the future.

I’d also like to go back to Rathmullan, Co. Donegal, and meet my paternal great-grandfather, who taught there in a one-room schoolhouse I visited and where I even saw his handwriting in its ancient ledgers. And to turn-of-the-century Chicago to meet my maternal great-grand-father Louis Stumer, who helped develop a gorgeous white office building in 1912, still standing downtown, the North American Building.

How unlike one another they were, and yet I’ve got bits of both of them, intellectually and genetically.

If you’ve never seen the fantastic film 1981 British film Time Bandits, check it out! So fun.

I enjoyed The Time Traveler’s Wife as a book, less so as a film.

One of my favorite stories by legendary American writer Ray Bradbury is about time travel, A Sound of Thunder. It’s so eerie and so smart, first published in 1952. I read it when I was 12 — decades ago — and have never forgotten it! It’s the most re-published science fiction story ever, according to Wikipedia.

Here’s a fun post by fellow writer Leslie Lang, with links to some great books on the topic.

Where would you go and why?

37 thoughts on “If you could time travel, where would you go?”