You’re doing it this very second. (Bless you!)

We’re all so time-starved,  between school and work and kids and aging parents and illness, (ours or others’) and income (getting, keeping, investing if lucky). Oh, and TV and movies and other places on the Internet.

Some days I picture libraries and bookstores as a piteous forest, arms reaching out entreatingly — read us!

In an era of CPA, continuous partial attention, (a phrase coined in the Dark Ages, back in 1998), our undivided attention is now a rarity.

As my husband asked recently, “How many words do you think that is?”

I read them in print, as much for the pleasure of its tactility as the satisfaction of tossing all the read sections on the floor.

I also read in print as an escape from the computer screen, to which I’m attached for so many hours every day — like you, I suspect!

My eyes get tired. I want a different medium.

In addition to these, I read the NYT and FT daily and, for work and pleasure, magazines ranging from Period Home (a British shelter mag) to Wired to Bloomberg Businessweek. (My husband subscribes to photo and golf magazines and Monocle and Foreign Affairs as well.)

I make a little time to consume digital stories, and some of them are terrific, (on Medium, Narratively and others.)

I follow 905 Twitter accounts, about 85 percent of which are news sources and, when read  en masse, can be deeply disorienting and confusing — I’ll see graphic news photos of the latest MidEast terrorist bombing followed immediately by a pastel Dorset living room from a design magazine.

And I still make time to read books, the most recent being “Answered Prayers”, a classic by the late Truman Capote, whose desperate indiscretion destroyed his glittering career. I found it odd, bitter, not enjoyable. I’m glad I’ve read it, but what a nasty little creature he was! (This, in case you forgot, is the author of Breakfast at Tiffany’s, later adapted to a legendary film.)

And another American classic, the 1937 “Their Eyes Were Watching God” by Zora Neale Hurston. I put it off for ages, then couldn’t put it down: great characters and plot, written in dialect.

I never leave home, (and have done this my whole life), without a book or magazine or newspaper, and often all of these at once.

These bookshelf photos are some shelfies — what’s on our bookshelves at home here in  New York…no, I haven’t (yet!) read all of them. 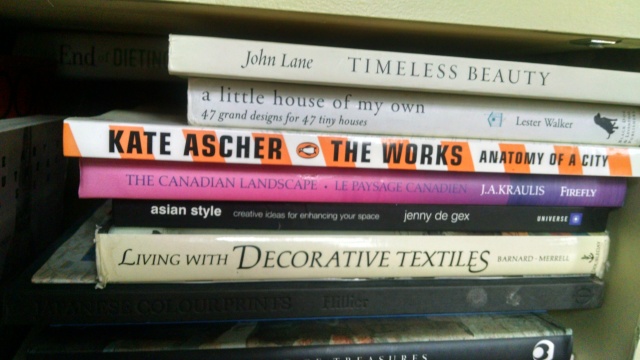 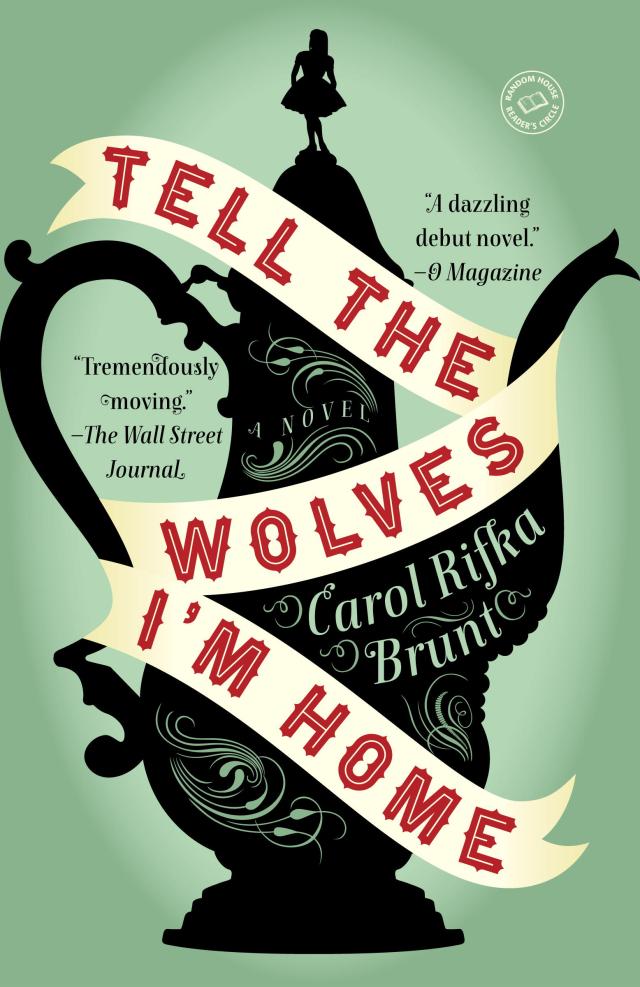 As author of two well-reviewed works of non-fiction — “Blown Away: American Women and Guns” (2004) and “Malled: My Unintentional Career in Retail” (2011) — I also have a vested personal interest in how much readers care about books!

Here’s an interesting new effort to actually figure out why people stop reading a book:

Here is how it works: the company gives free e-books to a group of readers, often before publication. Rather than asking readers to write a review, it tells them to click on a link embedded in the e-book that will upload all the information that the device has recorded. The information shows Jellybooks when people read and for how long, how far they get in a book and how quickly they read, among other details. It resembles how Amazon and Apple, by looking at data stored in e-reading devices and apps, can see how often books are opened and how far into a book readers get.

Jellybooks has run tests on nearly 200 books for seven publishers, one major American publisher, three British publishers and three German houses. Most of the publishers did not want to be identified, to avoid alarming their authors. The company typically gathers reading data from groups of 200 to 600 readers.

Mr. Rhomberg recently gave a workshop at Digital Book World, a publishing conference in New York, and some of his findings confirmed the worst fears of publishers and authors.

Some of the reasons I read:

What words and phrases did the writer choose? Do they work? What emotions are they eliciting in me?

Do I love their choices or am I finding them irritating and distracting? Why?

Do I wish I could write as beautifully? (Read “H is for Hawk” for some exquisite use of language.) 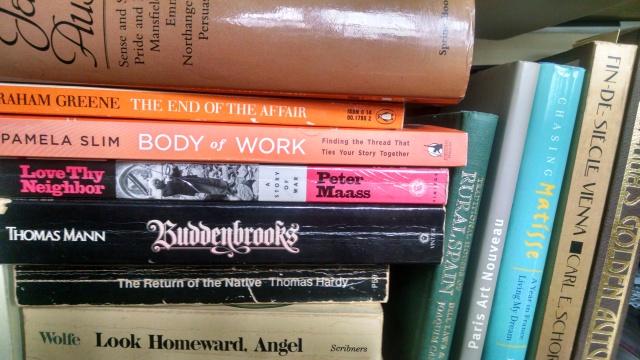 Forever deeply curious about the world — history, politics, economics, nature, science, belief systems, psychology, business, music, art, antiques. There’s so much I don’t know! So much I want to understand.

Writing that clearly and compellingly teaches me?  Yes, please!

Maybe it’s ancient Egypt or Edwardian-era London or Paris in the 16th. century or a rural town populated primarily, in an era of segregation, by African-Americans. I need to visit other worlds, literally and imaginatively.

Great writing takes us there.

It’s such a joy to escape into a great piece of writing, so that when you stop reading you look up, disoriented and a bit dazed.

Where were you? Where are you now? 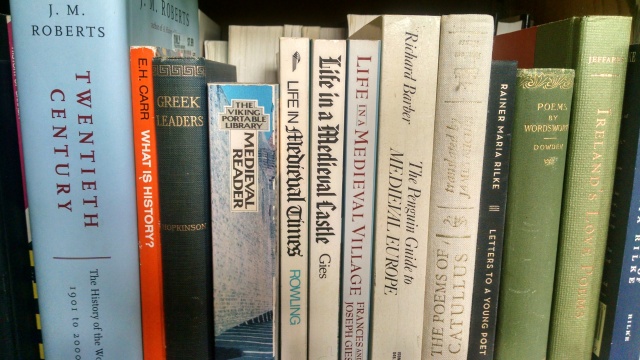 Love savoring characters so real you want to have lunch with them and miss them terribly when you’re done. I still miss the cast of “The Goldfinch”, a doorstop of a book given to me for my birthday two years ago. I wonder about the residents of the Paris apartment building in “The Elegance of the Hedgehog.”

I also wonder about the ongoing lives of so many of the people I read about in journalism and non-fiction, from soldiers to aid workers to choreographers

As someone who writes for a living, I need to read great work by other writers, whether a book review, an essay, an op-ed, a novel, even a great tweet. I want to see how other writers have chosen to structure a narrative, create suspense, choose and carry a theme, or several, to completion.

It can be non-fiction, journalism, an essay, from the 21st century or the 16th.

Artists in every genre look to the greats for inspiration. I do too.

Jose and I have a collection of reference books — of photography, painting, decorative arts, antiques and home design. These include works on Inuit women artists, Gustav Klimt, elephants, jewelry, vintage textiles and a gorgeous two-volume Taschen collection of global interior design.

On a cold wintry afternoon, paging through these glorious images is a lovely break.

Depending on  genre — self-help, memoir, essay, religion, philosophy — what a writer chooses to share about their life and their intimate struggles can help readers facing the same or similar challenges.

Are you an avid reader?