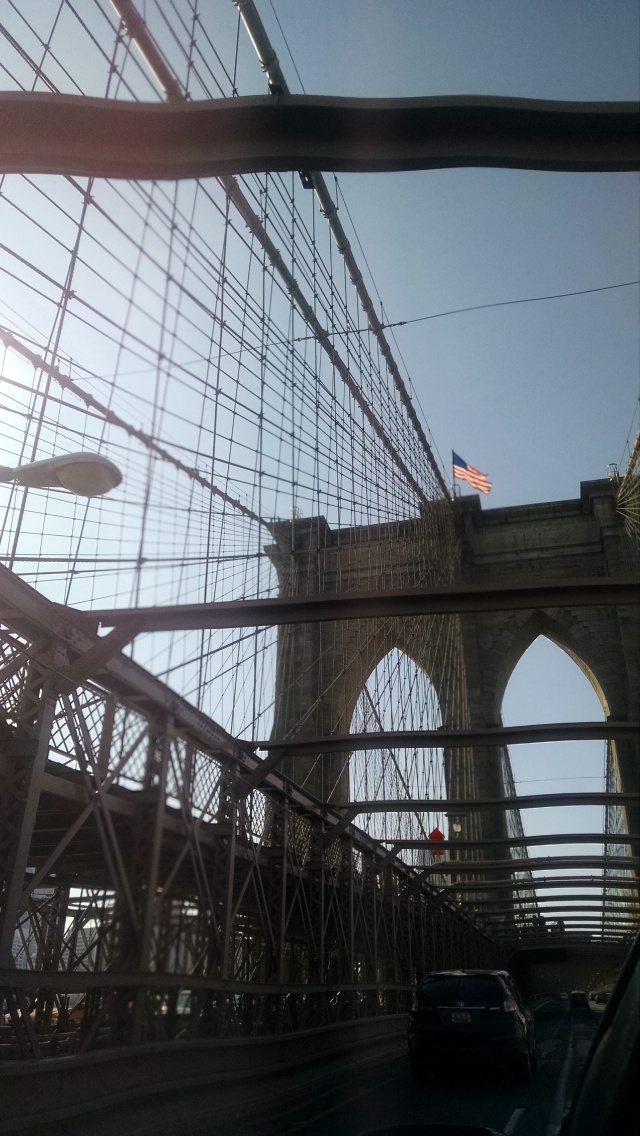 The two initial (male) designers of the Brooklyn Bridge were both felled by illness — only the fierce determination of Emily Roebling brought this world-famous landmark to completion.

I mentioned this intermittent fasting regimen to someone recently, a man my age, a fellow journalist, slim and trim.

I was stunned by his immediate reply: “Oooh, that sounds hard!”

Like “hard” was a bad thing, something to be feared or avoided.

It’s not simple or fun to cut your consumption by 50 percent or more and try to keep going with normal activities.

But people cope with much more difficult challenges every single day: serious illness, unemployment and underemployment, debt, family dramas, homelessness — and the kind of hunger no one ever chooses but that poverty imposes.

One of the pleasures of doing something difficult, despite initial frustration and weariness with it — whatever it is — is getting past that initial “oh shit!” moment and eventually easing into an ability to handle it, even enjoy it, even do it well.

It might be the many challenges of immigration, and learning a whole new language and culture.

It might be, and often is, the first year of marriage when you think…who is this person?!

It might be a new job or your first job after college or an internship where they never really tell you what to do but expect you to do it really well anyway.

The sexy new word for surmounting difficult is “grit” and many books are being published praising it and wondering how to inculcate it into privileged people who’ve never had to scrap or scrape — hard — to get what they want or need from life.

But it’s truly enervating and exhausting to live this way for years, even decades.

It can feel overwhelming and impossible to get out of a hard situation, one you didn’t choose, whether an abusive family or origin (or marriage), a lousy job whose income you and your family really need or even a behavioral tic of your own that you now see is causing you problems.

I don’t fear most things that are difficult and generally enjoy a challenge.

I don’t respond well to people who expect life to be a smooth, easy ride, cushioned by wealth and connection and social capital.

Because, for so many people, it’s not.

(Witness the current U.S. Presidential campaign and the face-palming reaction of those who had no idea life was so difficult for so many fellow Americans.)

And being scared of things that are hard can paralyze you from taking action.

But there’s also a crucial difference between a chosen challenge and one imposed from beyond your control.

Then the real challenge is how to meet it, if possible with grace and courage. (And the biggest posse of support you can muster.)

How do you get through difficult situations?

One thought on ““Oooh, that sounds hard!””