In every city I know, firefighters remain somewhat mythical beasts, people you typically only see — or hope to see! — on television or racing to help someone in distress or trying to save a burning building.

Socially, you might run into many different people, but in 20+ years in New York, I’ve only known one firefighter, married to a friend who was then, like me, a magazine editor.

They also have truly legendary status here because so many of these men — 343 — died in the attacks of September 11, running into the Twin Towers to try to save those trapped within.

This week I happened to pass by Ladder Company 3, on East 13th street, on my way to a store next door.

It’s so often like that here, that I accidentally stumble onto a serious piece of the city’s long and complex history. 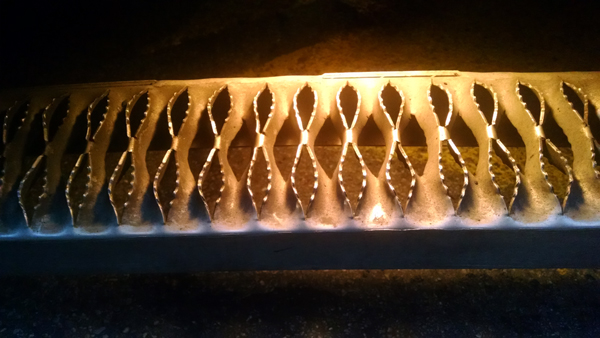 Ladder Company Three was one of the worst-hit of  the city’s battalions, losing most of its men. Ironically, it’s one of the city’s oldest, founded — of course — on September 11, 1865. They lost 11 men, and the front of their firehouse is covered in plaques naming the men. Just inside the door is an elegant wooden wall with gallery lighting honoring them, and there’s a comfortable wooden bench in front, where grateful passersby like me can sit for a moment.

Like many people, I’m in awe of the work firefighters do: terrifying, dangerous, often lethal. They run, by choice and by profession, into the worst situations imaginable.

I stared into the firehouse’s open door, mesmerized by the enormity of its ladder truck parked within. I could see a coat rack, with each firefighter’s coat, his name on its back in huge reflective letters and a uniform, with its boots, ready to step into.

A firefighter came to the doorway with two small portable bright orange chainsaws — one with serrated teeth, one with a smooth metal wheel. He fired them up to full strength, a task, he said, he does twice every day. Because so many people here live in apartments, they often need to cut through security gates.

I learned the difference between an engine (whose primary function is to spray water) and a ladder, needed, obviously, to reach the upper stories of taller buildings.

I also learned a new word — “taxpayer” — which refers to a small one or two-storey building in the city, both a real estate term and one used by firefighters.

Then — oh, beating heart keep still! — another truck pulled up, giving me a chance to see it up close. I got into conversation with a young, new firefighter, whose name was Middle Eastern, (many here, traditionally, are Irish), who’d previously served in the British military.

He was super-nice and answered my torrent of questions: the truck carries only enough water to last three (!) minutes, so quick and ready access to a hydrant is essential; the truck carries a crew of five, including a commanding officer and driver; and they have a special set of tools to allow them access to people trapped in a subway tunnel.

I scrambled to take as many photos as I could, knowing the odds of being that close to a New York City firetruck again were slim. 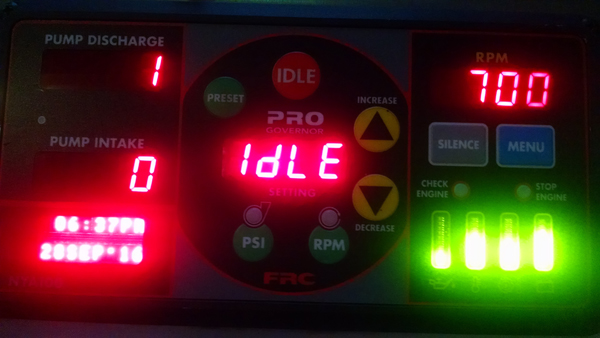 I essentially started my interviewing career — at the age of 12 — when I had to do an oral presentation for school and went to our local firehouse, in Toronto, to ask them about those little red boxes in the wall and all the drills we did, (this was a boarding school.)

I suspect everyone not wearing that uniform is as in awe and wonder as I am at their skill and bravery.

7 thoughts on “A NYC firefighter, and his engine”