Some of you are fellow journalists.

Some of you follow the news closely and know that President Elect Donald Trump makes a habit of naming, shaming and blaming reporters he thinks have somehow insulted him, often by merely challenging him on his ever-shifting statements and tweets.

At his first press conference in six months, which penned hundreds of journalists into the lobby of Trump Tower in midtown Manhattan, Trump was typically belligerent and bullying.

Even worse — and frankly, this is so bizarre I’ve never seen it in  40 years of working in news journalism — his minions jeered at reporters.

A Greek chorus of sorts — mostly Trump supporters and aides, including Ms. Manigault — watched from the side, applauding Mr. Trump and jeering questions from reporters they deemed unpleasant.

“That” was Donald J. Trump’s inaugural news conference as a duly elected United States president-to-be, in which he called BuzzFeed a “failing pile of garbage,” dismissed CNN as “fake news” and more or less told the whole lot of reporters at Trump Tower to stuff it when it comes to his unreleased tax returns because everyday Americans don’t care and, anyway, “I won.”

There were two big lessons in the Wednesday morning melee.

1. Mr. Trump remains a master media manipulator who used his first news briefing since July to expertly delegitimize the news media and make it the story rather than the chaotic swirl of ethical questions that engulf his transition.

2. The news media remains an unwitting accomplice in its own diminishment as it fails to get a handle on how to cover this new and wholly unprecedented president.

It better figure things out, fast, because it has found itself at the edge of the cliff. And our still-functioning (fingers crossed) democracy needs it to stay on the right side of the drop.

The problem is multi-faceted.

Some of the issues journalists now face in covering Trump:

— Many Americans are gulping down “fake news” with no idea who’s lying to them and making bank from it.

—Many Americans loathe journalists and think that challenging those in authority — whether elected officials or the wealthy — is rude and disrespectful.

— In an era of a 24/7 news cycle, journalists are racing to be first, not always correct.

— In an era of unprecedented secrecy and obfuscation, (we have not yet seen Trump’s tax returns — and how long exactly does an audit take?), transparency and accountability are more essential than ever for voters to know what the hell is going on.

— The President-elect is hiring his own family as senior advisors, none of whom, like him, have any prior political experience. Also unpredecented. And why should any of us trust them? We didn’t vote for them, nor do they need to be confirmed through Senate hearings.

— Journalists have traditionally been respectful of the office of the President, but never before in recent history has there been a President who attacks the media almost daily, often singling out specific reporters, (like NBC’s Katy Tur) by name. That can lead to social media death threats and doxing.

— Journalists are working in an industry in deep turmoil financially, feeling economically vulnerable at the very moment we need them to be utterly fierce in their reporting.

— Without determined, consistent, aggressive reporting on every conceivable conflict of interest, voters, no matter who they chose (or didn’t vote at all), will have no idea what Trump and his kakistocracy are up to. Trying to intimidate us only invites doubling down. 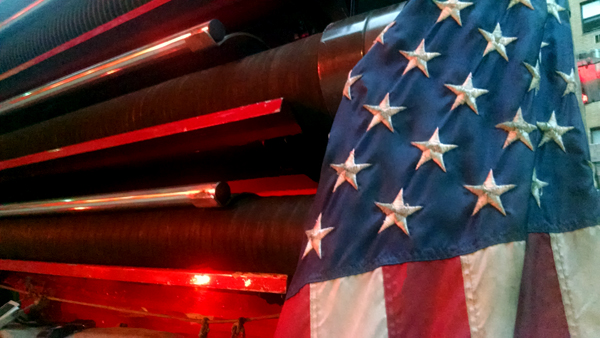 43 thoughts on “It’s time for journalists to stand up”