Maybe you — as I did — spent hours last week watching the testimony of Christine Blasey Ford and Brett Kavanaugh to the Senate Judicial Committee, to determine Kavanaugh’s fitness to serve on the U.S. Supreme Court, a lifetime appointment granting him tremendous power.

As you may know, she accuses him of assaulting her sexually when she was 15 and he was 17.

The dubious think this memory is impossible.

Here’s a story from NPR addressing how and why one tends to remember traumatic events for decades after they occur:

A question on many people’s minds is, how well can anyone recall something that happened over 35 years ago?

Pretty well, say scientists, if the memory is of a traumatic event. That’s because of the key role emotions play in making and storing memories.

On any given day, our brains store or “encode” only some of the things we experience. “What we pay attention to is what’s more likely to get encoded,” says Jim Hopper, a teaching associate in psychology at Harvard University and a consultant on sexual assault and trauma….

“The stress hormones, cortisol, norepinephrine, that are released during a terrifying trauma tend to render the experience vivid and memorable, especially the central aspect, the most meaningful aspects of the experience for the victim,” says Richard McNally, a psychologist at Harvard University and the author of the book Remembering Trauma.

That’s because a high-stress state “alters the function of the hippocampus and puts it into a super-encoding mode,” says Hopper, especially early on during an event. And “the central details [of the event] get burned into their memory and they may never forget them.”

Whether it’s sexual assault victims or soldiers in combat or survivors of an earthquake, people who have experienced traumatic events tend to remember the most essential and frightening elements of the events in vivid detail for life, says McNally.

I find this dismissal of another’s memories appalling — and of course, politically expedient for Republicans.

As someone whose life changed forever at 14, thanks to a traumatic event (thankfully, not assault or abuse), I think those who  challenge early, brutal memories, even if they’re fragmented, both arrogant and unscathed.

I won’t get into every detail, but my mother had a manic episode on Christmas Eve when  I was 14. We were living in Mexico, far from friends or relatives, not that any relatives ever cared that I was an only child in the care of a mentally ill mother.

We had no phone. We’d been there maybe four months, so even schoolmates were still acquaintances.

It was basically terrifying.

That evening, driving recklessly down Mexican highways, she endangered my life and that of two other people with us before driving into a ditch at midnight on the edge of an industrial city I had never been to.

I ended up taking care of another girl my age, alone, for two weeks, before returning to Canada to live with my father — for the first time in seven years. 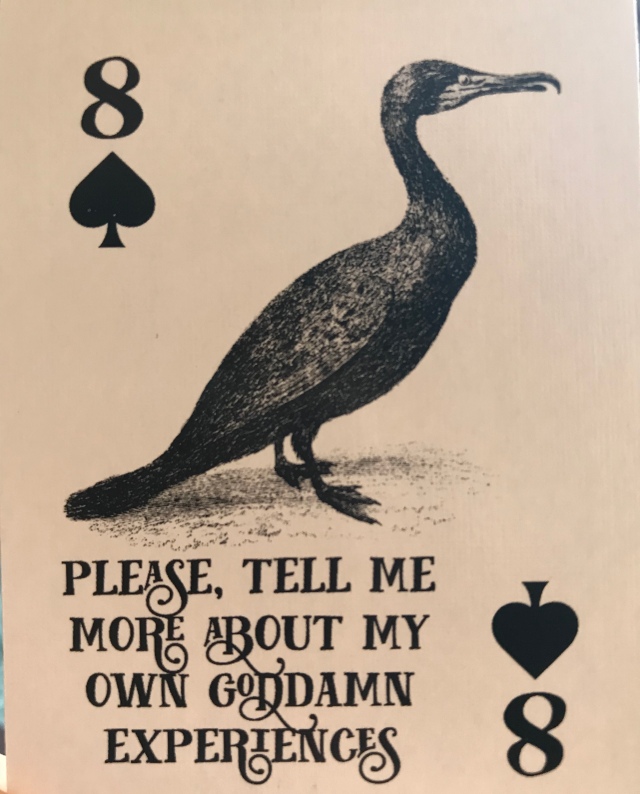 Image used with permission from its creator Aaron Reynolds; a card from his deck Effin’ Birds

Some moments of that evening, and what came next, are etched into my memory.

I never lived with my mother again.

Nor would I ever again allow her, or anyone, to endanger me like that. 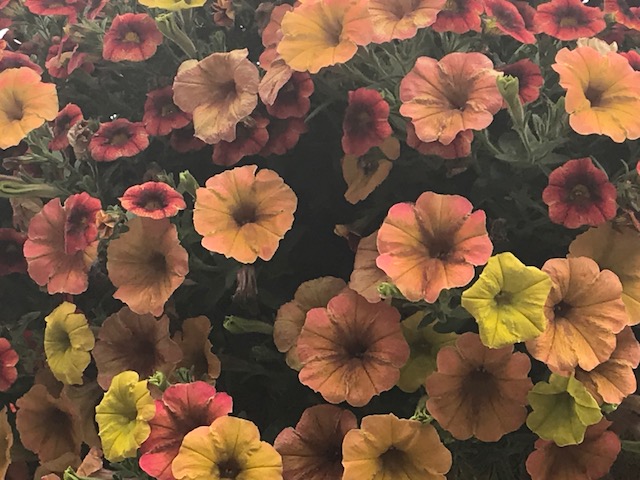 If you’ve suffered trauma, let no one try to dismiss what you already know.

If you haven’t, don’t inflict further pain on anyone by disbelieving or questioning them.