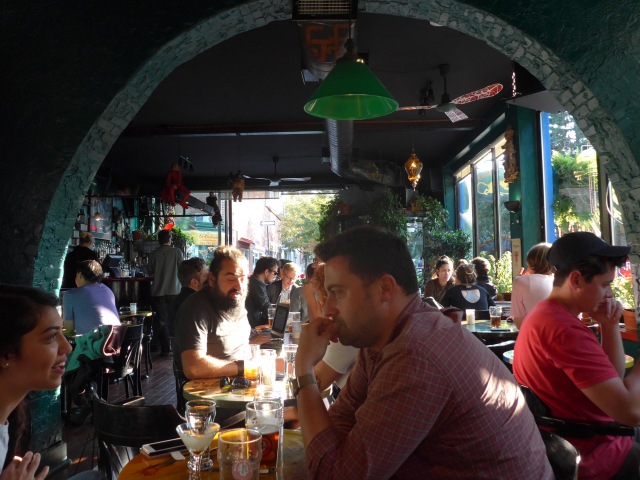 In 2017, this was part of a fun Montreal afternoon I spent in the company of a young business-owner I met at a NYC conference and stayed in touch with

Loved this story from my first employer — The Globe & Mail — about a terrific inter-generational friendship between a Kiana Eastmond, a young black entrepreneur in Toronto and Paul Copeland, her older Jewish landlord, that began thanks to $8,000 in her unpaid rent.

She finally managed to re-pay him, but the relationship was much more than transactional:

Falling $8,000 behind in rent, which seemed to her an insurmountable sum to pay back, she simply avoided him. When she finally ran into Mr. Copeland, who lived in the building, “I almost felt a sense of relief that he was finally going to evict me,” she says. “At least I wasn’t quitting. I’m not a quitter.”

But Mr. Copeland didn’t react the way she expected. “What’s going on?” he asked. She opened up and told him the truth. “I cried,” she says. He didn’t offer advice or a shoulder to cry on. He tossed the ball back in her court. “Figure it out,” he told her. “I want you to do what you told me you were going to do with this space.”…

The two ultimately became friends, hanging out and going to movies and concerts. He enjoyed her youth and energy. “I taught her about music,” he says. They both laugh. “No really,” she says. “He has this insane music collection, with slave hymns and gospel music.” He would drop by the studio and chat easily with whoever happened to be there.

As someone with friends who are decades younger, this doesn’t strike me as odd, but it is for some — why on earth would a 20 or 30-year-old want to hang out with someone “old”?

What would we have in common?

Work, music, politics, travel, family issues…all the things that people just talk about. My father, at 89, has friends decades younger as my mother always did. I simply don’t buy the notion that being older or younger eliminates all the other reasons you might enjoy someone’s company.

And some of my much younger friends have already faced some really bad shit — like paternal or maternal health issues, mental and physical — that prematurely forced them into care-giving roles. I faced that myself, so I get it, and the complicated stew of filial duty and resentment it can create.

My younger pals are often those I’ve met through journalism and initially on-line. I make sure to have lunch with them whenever we’re in the same city, delighted they make time for me.

Another is 21 years younger but every time we’re in the same city, we end up talking so long that a lunch date turns into dinner. 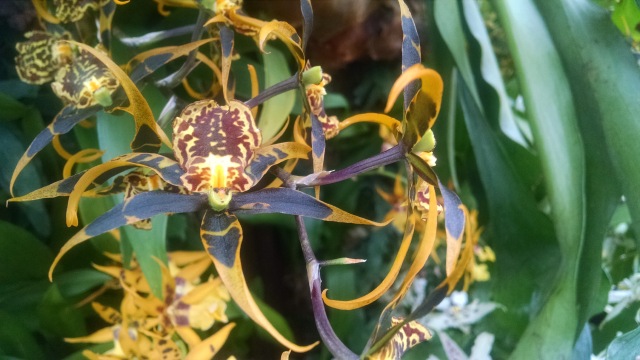 I’d never been to the amazing orchid show at the New York Botanical Garden, in the Bronx — until a younger friend took me. So gorgeous!

True friendship is a meeting of minds  — and people who are curious, adventurous, smart, kind, fun and resilient are usually someone I want to know.

It’s not just me, of course.

Speaking of which, I went to go visit that 93-year-old woman I met on the plane, the one I wrote about a few weeks ago. She had told me her birthday was coming up, so I brought her a birthday card.

But it was difficult. It made me feel dumb to show up at her house with a card. I felt embarrassed for some reason. I even felt a little stupid calling her earlier today, asking if she needed anything. I don’t have a ton of free time. I have a long list of things I should be doing. It feels dopey to call someone new, someone who is much older and probably has other things to do.

But this woman, I like her a lot. She is extremely interesting. She tells long-winded, wild stories. She plays poker and has a lot of friends. She even sang me a song that she wrote in 1968. She grew up during the Prohibition, motherfuckers. She’s had a lot of experiences and she’s made a lot of mistakes, and she doesn’t mind talking about them. She’s a very honest person.

Do you have any friends much older or younger?

How did you meet?

What do you enjoy about these relationships?