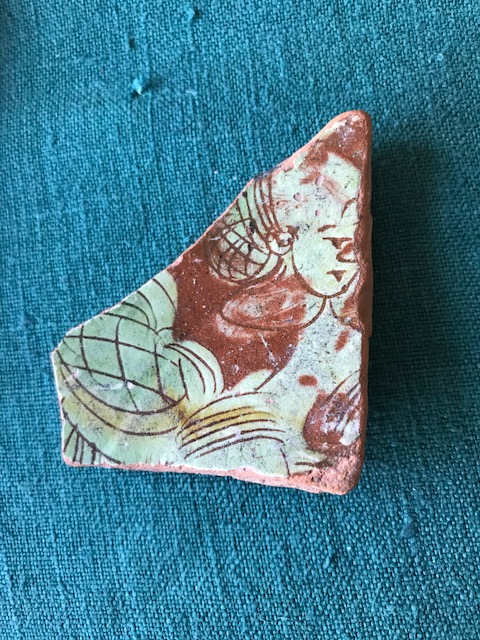 As a philosophy, it treats breakage and repair as part of the history of an object, rather than something to disguise. — Wikipedia

The term is most often used to describe a specific way to repair broken pottery, often Japanese. I think it fits life as well.

By a certain point — for some, their teens, others their 50s or 70s — you’ve quite likely been dropped hard a few times against something unyielding. By this, I mean metaphorically and (I hope!) not the result of assault or physical abuse.

We’re not delicate porcelain or exquisite Ming pottery, but we are all fragile and all end up, inevitably, crazed; a word with two definitions, the second meaning spider-webby fine cracks.

In a culture increasingly devoted — paradoxically — to the rustic, artisanal and authentic and the social media offerings of glossy perfection, the notion of being broken and repaired, let alone stronger, more beautiful and more valuable for having been broken, perhaps repeatedly, seems radical and bizarre.

Volumes have been written of late praising grit and resilience, as if — at the end of months or years or decades of being gritty and resilient — we aren’t exhausted and scarred. Maybe wiser. Maybe sadder.

I love early porcelain and china, and use several 18th. century pieces as butter dishes…stupidly undervalued. I want to enjoy them while I can. Unlike Japanese work, with its elegant crack-filling lines of gold, they’re stapled together (!), like recent brain surgery patients.

I don’t love these objects any the less for their war wounds, but am so grateful these little emissaries from the past are still with us….that having graced someone’s table in 1789 or 1832, they’re still here for us to use and share.

I feel this way about people.

The ones I most admire aren’t the shiny folk, all smooth and slippery, glittery, preening  and unscathed, but the ragged and weary survivors of physical, mental, professional, emotional and financial struggle — depending on their age and background, possibly all of these — who somehow remain graceful and fun, able to laugh and savor what’s left of their lives.