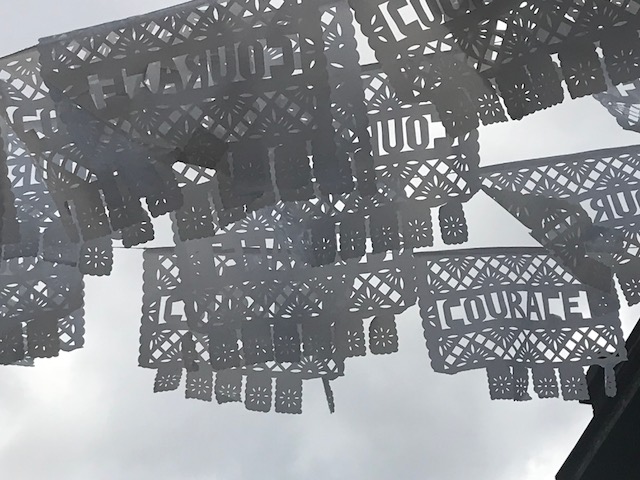 The thing most of us crave, (certainly living in the U.S. where falling into or staying in poverty is terrifying), is financial security. No one wants to not be able to make rent, buy groceries, buy a bus pass or gas the car, clothe their kids or pay off those miserable student loans.

So many of us will lunge toward the first job that offers us a steady income because….steady income.

It’s the fortunate few who have the time, energy and fiscal freedom to slow down and decide to focus on what they really hope to creatively accomplish. When you work for others, you de facto work to their needs, budget and deadline.

People have told me I’m an artist…I think I’m more of a tailor. You want your trousers hemmed two inches (intellectually speaking)? I can do that. You want a navy gabardine suit size 42R? No problem. I know how to work quickly and efficiently and give people what they ask me for.

I’m no Phoebe Philo nor the late Karl Lagerfeld nor my favorite fashion designer, Belgian Dries van Noten.  Occasionally, yes, I come up with a wholly creative idea and am able to sell it.

Jose recently had an idea that will literally make history. I am so proud of him! We can’t share what it is for a few months, but he realized that a specific annual event of great cultural importance had (?!) never before been documented visually. He knew its administrator and pitched the idea to her and he suggested a budget for it and she said yes.

He spent 31 years as a photographer and photo editor at The New York Times, a place of prestige and power, and it gave him a source of challenge, steady income with a union-protected job and a pension. All good.

Those outside journalism may fantasize about its creativity but the wage slaves within it know better; too often the thinking is stale and the formulation of coverage cliche. Those who keep coming up with new and interesting and untried ideas — as Jose did many times — can be ignored, dismissed and just give up.

When he took the buyout they offered in 2015, I was scared. How would a guy with a desk for 31 years thrive as a full-time freelancer?

He has, because his creativity is finally being rewarded, both financially and professionally.

At an age when some people have retired and hung it up, he’s tootling along, impressing the hell out of new clients and, best of all, seeing the fruits of his labors.

18 thoughts on “The creative Lazarus”