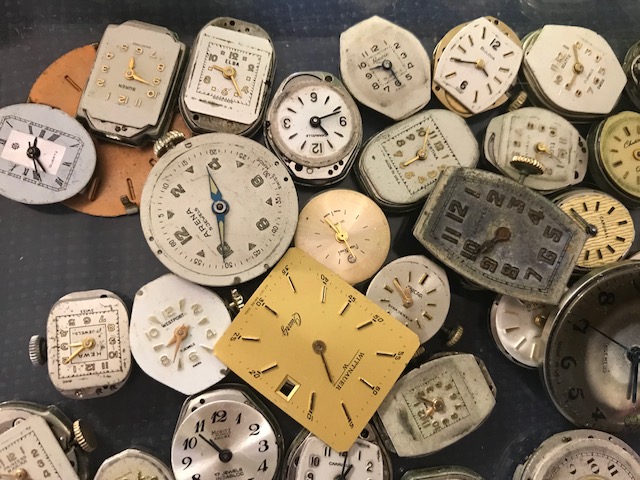 I’m now in that fabulous place where I’m at the top of my game professionally —- and fewer and fewer terrific work opportunities, certainly full-time jobs with affordable health insurance, are available to me because of my age.

Speaking by phone, I recently had a new/potential PR strategy client — a man — ask me directly: “How old are you?”

I was a bit stunned and finally, laughing, replied: “Over 45. That’s enough.”

I could have said over 50 but imagine….all those extra years!

Here’s a recent New York Times op-ed on the double standard women in politics face regarding their age:

The Democrats vying for 2020 run a remarkable age gamut. Mr. Buttigieg is the youngest and Bernie Sanders, at 77, is the oldest. The prominent female candidates cluster more in the middle: Kirsten Gillibrand is the youngest at 52, and Elizabeth Warren is the oldest at 69, with Kamala Harris (54) and Amy Klobuchar (58) in the middle. But whether a youngish candidate is bright, brilliant and promising or inexperienced, off-putting and ruthlessly ambitious depends on whether the young thing in question is male or female…

Unfortunately for women, age poses an unsolvable problem: They are seen as too young and inexperienced right up until they are branded too old and tedious. Ms. Warren, for example, finds herself put in the same “old” category as Mr. Sanders and Joe Biden, even though both men are nearly a decade older than she is.

Men who are more or less the same age as Ms. Warren — Sherrod Brown (66), John Hickenlooper (67), Jay Inslee (68) — are not lumped in with the white-hairs. If women in their 40s are “in a hurry,” and women in their 50s are old news, and women in their 60s are just old, when, exactly, is a woman supposed to go to the White House?

I probably use social media more often than most women in their 30s or 40s — who are already swamped climbing the career ladder, commuting and/or parenting.

“We don’t want to lean out of that, we want the Cami-stans to want to pick it up,” one editor piped in. (For those over the age of 40: a “stan” is a kind of superfan.)

Seriously, enough with this bullshit.

Like anyone north of 40, let alone beyond, doesn’t read?

I have no kids or grand-kids, so if I want to talk to someone decades my junior, it’s going to be social and/or professional, not familial.

Luckily, I still have friends in their 20s, 30s and 40s and really enjoy their companionship. I’m delighted when they choose to hang out for an afternoon or catch up for a long phone or Skype chat. I offer advice when asked (and sometimes when not!) but our concerns are hardly wildly different — where’d you get that fantastic lipstick? How’s work? How’s the new house?  What are you reading these days? Mammos hurt!

Friendship, in my world, need know no boundaries.

Work, illegally and so annoyingly, does.

I don’t Venmo (I use PayPal) but I actually do know what it is.

The next time you assume someone older than you is de facto ignorant of a word or phrase or reference, ask.

Then be pleasantly surprised — or have a useful conversation in which you share your knowledge.

8 thoughts on “When age becomes a four-letter word”