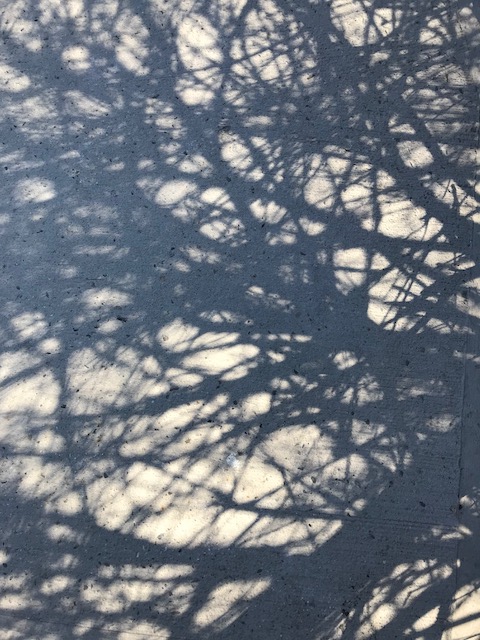 A new friend — of about a year, someone a decade younger than I but the mother of teenagers — recently told me I had disappointed her. She took the risk I wouldn’t listen or that I would get angry or get defensive. I didn’t. It wasn’t a huge thing (to me) and I apologized for disappointing her and she seemed mollified and relieved we had discussed it calmly.

I am glad she took that risk because a friendship soured by unspoken disappointment can’t last.

But on reflection I wrote her an email to explain why, in some ways, I’ve hurt and disappointed people I care for unintentionally. I’ve done a lot of therapy so at least I have a clearer understanding why.

Intimacy with oneself is often a work in progress.

When you come from a family where everyone’s feelings were routinely ignored or dismissed, taking others’ seriously and responding to them quickly, just isn’t how you behave.

I really hate unpacking my family history, since it’s weird and painful and the polar opposite of the Hallmark card closeness, trust and kindness that is soon about to be celebrated again in the U.S. with Thanksgiving and then Christmas and Hanukah.

The very word “family” is used in much American advertising as a proxy for close, loving stability — when for many people it’s just not that at all.

A total stranger who writes a blog about crime fiction has been researching my American maternal grandmother, great grand-mother and grandfather — whose marriages were legion and some deemed so scandalous, (thanks to their wealth and social prominence), they made the newspapers.

He recently emailed me to share his findings. They were…enlightening. But also unsettling to read about people I knew as entries in public documents.

My grandfather, an author, who my mother only met twice and I never met, (long since divorced anyway), apparently added a “von” and the letter “H” to create the name von Rhau — which sounds pretty Euro-aristocratic, as he hoped.

He was actually Henry Rau from Staten Island.

I knew none of this until last week.

If of interest, here are his blog posts; first part, second part.

My maternal great-grandmother ended up as the Countess Casagrande on Park Avenue in New York City, (yes, really), while her daughter kept marrying and re-marrying at dizzying speed.

I knew my mother had a very rough emotional childhood, despite plenty of material wealth.

An extraordinary story of survival

So when it comes to “normal” behavior, our family is not the place to look for role models or sterling behaviors.

My late paternal grandfather, a self-made millionaire in Vancouver, had an affair with his sister-in-law and kept the boy with his own family; my father has four adult children, two by wives (divorced, dead) and two women he did not marry. I haven’t even met one of them.

Why tell you any of this?

Because when you meet someone new, as my friend did when she met me  — and they might be fun and funny and charming — and I am all of these things, they might also be carrying some tough history as well.

And when you hit those spots,  which I call emotional bone bruises because they’re not visible, it can be difficult to open up or to explain.

No wonder I married a small-city preacher’s kid whose emotional life and financial history could not be any more different than my own.

I also find it ironic that I come from a family that so resolutely avoided discussing our tangled histories — while I have made my living persuading total strangers to share some of their toughest moments with me for my two books and decades of journalism.

Do you carry some difficult stuff from your own family of origin?

Do your intimates know about it?

How does it affect you and your life today as an adult?

20 thoughts on “The week I learned some family secrets”