Do you know Joseph Conrad’s work,“Heart of Darkness”, published in 1902?

These are the dying words of Kurtz, a central character in the book, whom the narrator finds deep in the heart of Africa; the 1979 film “Apocalypse Now”, starring Marlon Brando as U.S. Army Special Forces Colonel Walter E. Kurtz echoes the book in its themes, setting and use of names.

The book and the film are dark, despairing, exhausting — and powerfully unforgettable.

But these two words are resonating in my head much of the time now, thanks to what often seems a global parade of incompetence, greed, conflict, misery and despair.

— The shelling/retaliation between Israel and Gaza

— The epidemic of Ebola spreading through West Africa 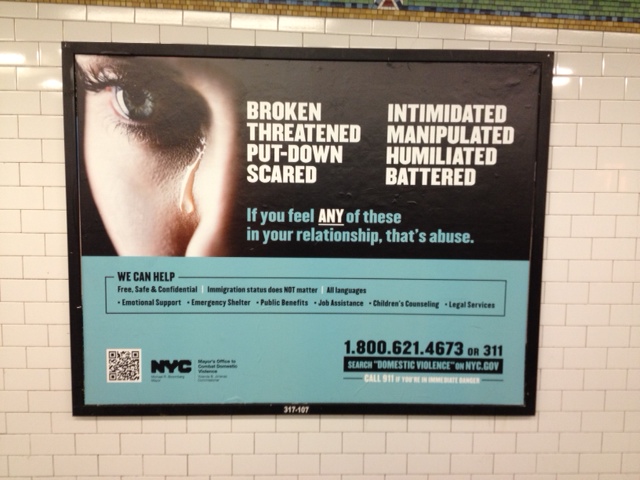 — The shooting of an unarmed 18-year-old black man, Michael Brown (only the latest)

— The beheading of fellow freelance journalist James Foley by ISIS

— The nightly newscasts with images of yet another out-of-control wildfire consuming thousands of acres of Western U.S. forests and many people’s homes and businesses

There are risks to those who cover these stories, beyond the need to wear Kevlar body armor in Iraq or head-to-toe coverings when working around Ebola. There is also PTSD and secondary trauma for journalists and their editors and compassion fatigue for viewers and listeners.

I am also well aware — and would love some new re-definition of “news” to make misery less compelling somehow — that the mass media are utterly complicit here. By the time you, readers and and viewers, see and hear our/their versions of the world, they have been massaged, edited and sometimes bitterly debated.

The world is, obviously, filled with beauty and grace and joy, with people who get up every morning and give their best to those around them.

But, really, my dears, this wears me down.

Write a check to a charity?
Rant to others on social media?

How about you? How do you respond — if at all — to the world’s madness and brutality?

The ongoing firestorm surrounding the leaks by NSA contractor Edward Snowden to activist/journalist Glen Greenwald prompted New York Times media columnist David Carr this week to ask the question — who should we (most) believe?:

In a refracted media world where information comes from everywhere, the line between two “isms” — journalism and activism — is becoming difficult to discern. As American news media have pulled back from international coverage, nongovernmental organizations have filled in the gaps with on-the-scene reports and Web sites. State houses have lost reporters who used to provide accountability, so citizens have turned to digital enterprises, some of which have partisan agendas.

The question of who is a journalist and who is an activist and whether they can be one and the same continues to roar along, most recently in the instance of Glenn Greenwald’s reporting for The Guardian on the secrets revealed by Edward J. Snowden.

Sometimes, a writer’s motives or leanings emerge between the lines over time, but you need only to read a few sentences of Mr. Greenwald’s blog to know exactly where he stands. Mr. Greenwald is an activist who is deeply suspicious of government and the national security apparatus, and he is a zealous defender of privacy and civil rights.

He is also a journalist.

In some countries, the question is less pressing, perhaps, but in the United States, “objectivity” is professionally expected, and demanded, of anyone who purports to be a news journalist.

I’ve been writing freelance for The New York Times since 1990 — an organization ferociously guarding its reputation. Every freelancer who writes for the Times is sent a long and detailed ethics code we’re all expected to abide by; this includes not accepting free trips, writing about people we know personally or covering a firm or product in which we have a financial interest.

The word “journalist” is, though has many different variations, sort of like the word “antique” — someone who rewrites press releases and hits “publish” or who trills about mascara and shoes is, in some eyes, as much a journalist  as someone with the respect and stature of Pulitzer Prize winners, like Katherine Boo or the late David Halberstam.

One of the reasons this matters more now is that many younger readers don’t look to standard media outlets, like newspapers, radio or television, to find out what’s happening in the world.

They only want to know what’s happening in their world, or to their friends or political allies.

Now some bloggers are doing what journalists traditionally have done — bearing witness firsthand — like this one, whose powerful account of the violence against women in Tahrir Square in Cairo is deeply depressing, but essential to know.

She’s both a journalist, (by reporting this) and an activist; Opantish is a group fighting sexual assault on women:

Yesterday, June 30th, some friends and I joined a march
from Saray el Kobba to the presidential palace calling for Morsy’s
departure and also rejecting military rule. The atmosphere was largely
festive, with singing, chanting, banners and flags. After we joined
other marches congregating at the palace we stood around drinking iced
coffee in the shade, disoriented by the safe, upbeat atmosphere after
days of anxiety and with the knowledge that things would surely be
violent elsewhere in the country. I left to go to Tahrir and work with
Opantish, which was operating that evening.

Like many, I was stunned by how Tahrir and the surrounding streets
were carpeted by people protesting, mostly chanting against Morsy. I had
not seen so many people out around Tahrir before, not in the 18 days
that unseated Mubarak in 2011 or at any other time. Military helicopters
frequently circled the square, at one point bizarrely dropping Egyptian
flags onto the crowd in a blatant gesture of political partiality.

The atmosphere felt more threatening to me immediately after getting
out of the taxi near Tahrir, at which point it was still daylight. I
don’t understand what kind of subliminal group psychology contributes to
this, but it seems like there is some consensus that Tahrir and
downtown are areas where it is particularly ok to harass women. I don’t
know if geographic locations develop  certain reputations, and therefore
bring this behavior out in people.

I started my shift with Opantish at around 7 30 last night. We did
not wrap up until after 3 in the morning. We received 46 reports of
cases of mob sexual assault in and around Tahrir.

I’ve been making my living as a journalist since university, and have been a reporter for three major dailies, The Globe and Mail and Montreal Gazette, in Canada and the New York Daily News, the U.S.’s sixth-largest daily. In those jobs, I was expected to be fair to both sides, giving, whenever possible, both versions of whatever story I was covering. Although some stories — like this one about mobs of men attacking and raping women — really don’t have a defensible or rational “other side” to seek and share.

A Dutch female journalist was raped by five men, in return for trying to do her job. Should she, as some comments suggest here at Jezebel, an American feminist website, not have gone to Tahrir Square at all?

The one place I can take the gloves off, intellectually speaking, is in my books — and I have. In them, I’m able to ferociously and unapologetically state my personal opinion, and advocate for or against anything I want.

My first book, “Blown Away: American Women and Guns” includes interviews with 104 men, women and teens, some who love guns and others traumatized by their use. A few critics cringed at my graphic descriptions of what a bullet does when it hits flesh.

My second book — published this month in China — describes my experience, and that of many others nationwide, working for low wages in a store, “Malled: My Unintentional Career in Retail.” I took my employer to the woodshed in its final chapter, fed up with terrible pay and escalating demands, rude customers and an ongoing lack of corporate support for front-line workers everywhere, not just our suburban New York mall.

I later received dozens of private emails, from retail workers past and present, thanking me for speaking out, telling the ugly truths behind the bright lights and costly ad campaigns. I was glad to be able to tell their stories.

Where are you getting your information about the world?

Are you out there actively fighting for or against a cause — and writing about it?

Talk about a field trip — yesterday in Vancouver 16,000 students gathered to hear social activists, from the Dalai Lama and Mia Farrow to Jane Goodall, at We Day, founded by Free The Children, a Canadian youth movement that has created 500 education and development projects worldwide and involved more than a million children and teens in projects focused on social justice in Canada and overseas in six countries, including Kenya, China and Ecuador.

The group was founded by Craig Kielburger, who, at 12, read a newspaper story about the murder of a child laborer in Pakistan. Enlisting 11 friends at his Toronto school to help, he began this charity, which now holds We Day in Toronto and Vancouver every year, a full day of inspiration. Toronto’s will be held October 5, webcast from 9:10 to 2:30 EST.

“Michael Berglund, 16, who boarded a bus in Kamloops at 3:30 a.m. Tuesday after working until 11:30 p.m. the night before at a restaurant, was too excited to be tired.The Dalai Lama’s speech about compassion in particular inspired him, he said. “In social justice class we learn to express ourselves and work toward a socially just society and getting rid of our prejudices.”

There are more than enough opportunities to work toward social justice in Kamloops itself, the high school student said.“We have a lot of homeless people, and more can be done to help them,” Berglund added…Seymour elementary school teacher Jeannie Kerr said learning about global social justice was important for her 24 Grade 6 and 7 students.“I want them to explore for themselves the sources of the global inequities, who has them and why,” Kerr said.

Were you taught social justice in grade school? What do you think of the idea?