As a writer — and author of two books — I love that the word authority starts with the word author. You have to stand up intellectually and be counted. It’s risky, for sure. But that’s where authority comes from, actually knowing your stuff, not just performing it on social media, preening. Maybe you’ve heard of the 10,000 hours theory — that it takes 10,000 hours of practice to master a skill.

I’ve been writing for decades, and each story, probably, from start to finish, might take 20 hours (at most, maybe 10 at best, for reporting/interviewing/writing/revising.)

So that means producing 1,000 stories before I could legitimately say, yeah, I’m excellent at this — which by now I surely have.

But here’s an interesting story that says — nope, wrong!

I recently went down a three-hour rabbit hole — three videos, about an hour each, of British writer, actor, poet Michaela Coel, who created the hit new HBO series “I May Destroy You” based quite a bit on her own life as an emerging artist and her own experience of being drugged at a bar then raped.

What I found most interesting about her comments in all three, one of which is the McTaggart Lecture, delivered in 2018 to the great and the good of the British TV industry, was how essential it’s been for her to insist on her own sense of agency and autonomy as she has created.

Her lecture is powerful and honest and makes clear that learning how to navigate the arcane and byzantine world of profitably selling your ideas and retaining some control over them is damn hard, and no one really teaches you.

The word agency has multiple definitions; here are five.

It’s fascinating that you hire an agent/agency to represent you in many endeavors, certainly creative — music, film, writing,  art — and in so doing must also surrender your own sense of agency to them, always relying on trust and knowing they’ll claim 10 to 15 to 20 percent of your earnings for the privilege. Which is why I’m loving the three season French TV series “Call My Agent” (10 percent in French), as it lays bare the hustle and drama and chaos behind the scenes of a Parisian talent agency.

Like Michaela Coel, who’s quite adamant about the need for transparency in an industry premised on little of it, I want to see the process, not only the shiny finished object. 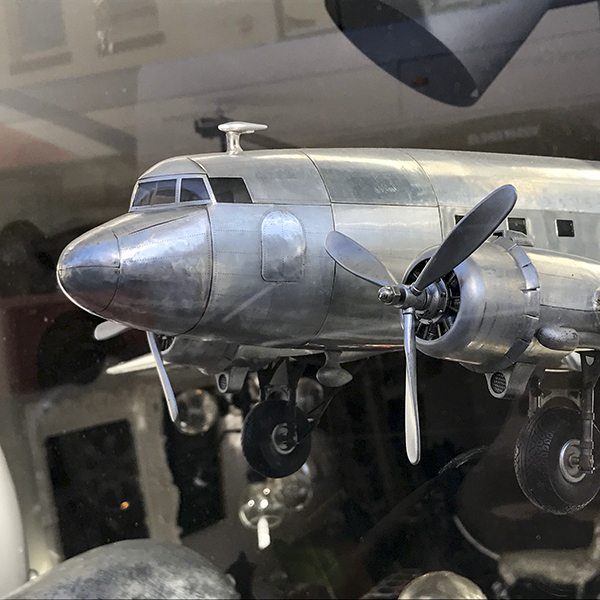 Horrifying story about Customs and Border Patrol from The Intercept:

In retrospect, I was naive about the kind of agency CBP has become in the Trump era. Though I’ve reported several magazine stories in Mexico, none have been about immigration. Of course, I knew these were the guys putting kids in cages, separating refugee children from their parents, and that Trump’s whole shtick is vilifying immigrants, leading to many sad and ugly scenes at the border, including the farcical deployment of U.S. troops. But I complacently assumed that wouldn’t affect me directly, least of all in Austin. Later, I did remember reading a report in February about CBP targeting journalists, activists, and lawyers for scrutiny at ports of entry south of California, but I had never had a problem before, not in a lifetime of crossing the Texas-Mexico border scores of times on foot, by car, by plane, in a canoe, even swimming. This was the first time CBP had ever pulled me aside….

Cooperation didn’t earn me any leniency. Next up was a thorough search of my suitcase, down to unscrewing the tops of my toiletries. That much I expected. But then a third officer, whose name was Villarreal, carefully read every page of my 2019 journal, including copious notes to self on work, relationships, friends, family, and all sorts of private reflections I had happened to write down. I told him, “Sir, I know there’s nothing I can do to stop you, but I want to tell you, as one human being to another, that you’re invading my privacy right now, and I don’t appreciate it.” Villarreal acknowledged the statement and went back to reading.

That was just the beginning. The real abuse of power was a warrantless search of my phone and laptop. This is the part that affects everyone, not just reporters and people who keep journals…

Around the three-hour mark, I became completely passive. Confinement in a blank room is a soft form of torture, especially if you suffer from a crippling caffeine addiction, as I do. They were “fresh out” when I demeaned myself by meekly requesting coffee. For a long time, I sat slumped in the chair with a mounting headache while Moncivias finished typing up his report on me. He would pause, carefully consult something on my phone, and then go back to typing. This went on for another hour.

It was around 4 p.m. when Moncivias finally finished up and informed me, anticlimactically, that I was free to go. I couldn’t wait to get outside because the detention area was freezing. No wonder Spanish-speaking migrants call CBP detention la hielera — the icebox. I took my phone and laptop and silently packed up my luggage, which still lay disemboweled on the desk, underwear and all. Pomeroy was gone by this time. As I was walking out, I said to Moncivias and Villarreal, “It’s funny, of all the countries I’ve been to, the border guards have never treated me worse than here, in the one country I’m a citizen of, in the town where I was born.”

“Welcome back to the USA,” Moncivias said.

If you care about press freedom — hell, any civil rights — make time to read all of Seth Harp’s story.

Now this is a bloody brilliant idea — the BBC has gone out and actively sought women experts and trained them how to work effectively with journalists:

The BBC, and other broadcasters, have faced consistent criticism about the lack of female experts on air. Last year a report by Sound Women, a pressure group set up to represent women working in radio, found that 84 per cent of the reporters and guests on Radio 4’s flagship Today programme are men….

The ‘expert women database’ contains the details of the 60 women who have so far received free training via these days, as well as the contacts of a further 120 women who “showed promise” in their applications to the BBC Academy. More than 2,000 women applied for the first BBC Academy female expert training day but there were only 30 spaces. The BBC Expert Women YouTube channel features videos of successful Expert Women trainees presenting to the camera on their specialist topic.

This is an urgent matter. American women face the same challenge, as VIDA catalogs each year; here’s a longer story about this four-year-old group’s efforts.

In the United States, reputational power relies on a web of relationships, and media visibility is a direct result of this. If your work, and ideas, are not audible or visible, you’re unlikely to win grants and fellowships or get your book(s) published. You have to prove your “platform”, that you have an audience eager to hear your thoughts.

And if you’re an ambitious, smart writer focusing on politics, economics or social commentary, you’ll also want your work, at some point, to appear in Harper’s, The Atlantic or The New Republic, to name three.

I interviewed for a staff job, unsuccessfully, at Newsweek three times. I was told (seriously!), they only wanted writers who write for The Atlantic, which I hadn’t then and still haven’t. What a bullshit barrier to erect!

So, what’s the deal?

Women have no ideas suitable for these publications?

Or their ideas are getting shot down?

Or they haven’t built/created the networks of (Ivy educated men) gatekeepers to these publications?

A few months ago, I saw something that made me want to weep with excitement — all six columns of the front page of The New York Times were stories written by women.

For those of you not working in journalism, there is no better placement in a newspaper than front page, above the fold — i.e. the first place readers look, on paper or on-line.

Women’s voices need to be heard. We have wisdom, humor, insights, analysis and ideas to share. We vote. We run companies. We’re raising the next generation, or teaching them or nursing them or selling them stuff.

The gatekeepers to media — the radio and television producers, the editors and reporters and freelancers — are busy, overwhelmed and/or lazy. They reach for who they know. So that’s a hurdle of inertia we all have to leap.

If you’re a woman expert, reach out to your local newspaper, websites, television and radio stations.

Think of your favorite writers, whether of books, blogs, or magazine or newspaper articles.

Chances are you’ve become devoted to them because of their voice, even if you’ll never hear their accent or intonation directly.

Their authorial “voice” is crucial to attracting and retaining an audience.

Are they funny? Angry? Poignant? Sarcastic? How much you enjoy their work, and their choice of voice, depends mightily on this decision.

And maintaining that voice throughout the manuscript is the writer’s job — if the reader has started out expecting opera, they don’t suddenly want hip-hop halfway through!

Choosing which voice to use is just one of many decisions we need to make when we sit down to write — confiding, casual and conversational tones often work best for bloggers, probably less so for a more formal work of history or biography.

Christopher Hitchens. now suffering esophageal cancer, writes eloquently about this in the most recent issue of Vanity Fair:

The most satisfying compliment a reader can pay is to tell me that he or she feels personally addressed. Think of your own favorite authors and see if that isn’t precisely one of the things that engage you, often at first without your noticing it. A good conversation is the only human equivalent: the realizing that decent points are being made and understood, that irony is in play, and elaboration, and that a dull or obvious remark would be almost physically hurtful. This is how philosophy evolved in the symposium, before philosophy was written down. And poetry began with the voice as its only player and the ear as its only recorder. Indeed, I don’t know of any really good writer who was deaf, either.

One of my favorite bloggers also recently addressed the same topic:

That’s what I want to feel as a reader; I want to feel someone there, compelled to tell me a story because they are sure only I can truly understand it. There are four authors whose voices are perfect for me – Colette, Willa Cather, Kafka and Rilke. In each case you can feel the heart beating and the mind thinking behind the voice. The book by Alvarez I’m reading, The Writer’s Voice, is quite interesting and provocative, but it’s also rather jumbled; however, it does make me want to spend more time with those favourite authors and their pitch perfect voices.

The underlying issue for every writer is confidence — that you will find readers, that they will want to read you, that your voice will be heard!

I’ve been writing for a living since I was 19 years old, so had, even then, a preternatural confidence (perhaps that of the only child, never competing as hard for attention?) that someone might want to hear what I have to say, in the way in which I choose to say it.

Bad editors can silence your voice and wilt your resolve to speak — or have your fictional characters speak — as you wish.

A terrific editor (I had one for “Malled: My Unintentional Career in Retail”) helps you see where you’ve slipped out of character, as it were, or where your narrator’s voice begins to grate.

Whose writer’s voice(s) do you most enjoy and why?