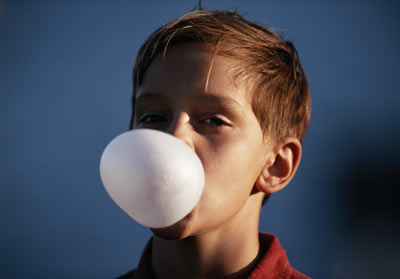 “Our son is in Tikrit!,” Jose announced last weekend.

Of course he was. Perpetually adventurous, Alex couldn’t have lingered — sensibly and safely for his final semester of college — in Istanbul.

He’s actually not our biological or even adopted son.

He’s one of a small group of talented young people we call our “freelance kids” — who happily call us their freelance Mom and Dad.

We can answer all the questions their parents generally cannot — like, how does an ambitious couple in our industry, (littered with divorce), keep their relationship thriving? How do we handle crazy schedules and work-imposed separations?

How do we handle burnout?

And what do you do when you fall off an elephant into the Mekong River and ruin all your costly camera equipment?

A talented, ambitious and successful photographer, we met Alex when he came to The New York Times Student Journalism Institute, open to any student members of the NAHJ or NABJ.

Since then, Alex, a Chicago student from Milwaukee, has slept on our suburban New York sofa many times as we’ve welcomed him, as we also have with Molly, another young shooter from Arizona we met the same way, now living in Portland, Oregon.

I didn’t want to have children, and nor did Jose. We’re giving, generous, fun people, quick with a hug. We love to hear our young friends’ stories, happy or sad, and have given much advice on matters both personal and professional. They know we’re there for them.

It gives us great pleasure and satisfaction to have become trusted friends, often even older than their parents.

But we didn’t change their diapers or rush them to the emergency room or coach them for their college essays.

I now teach two college classes and have so far had 26 students, whom I regularly refer to (not to them!) as “my kids”, and, for many of them, I feel affection, glad to sit down and chat with them at length outside of class. I worry about some of them and how they’ll turn out — as parents do.

But when the vast majority of men and women still do become parents, those of us who don’t seem weird.

People assume we “hate kids” — not true — or are selfish; (like all parents, de facto, are not?)

Jose and I each chose to make our careers within news journalism, a volatile and insecure field that at the very top still pays its award-winning veterans less than a first-year corporate lawyer. So we both knew, long before we met in our early 40s, that whatever money we earned there was it, and having children would be costly both to our ambitions and our savings.

Today we’re financially far ahead of anyone we know, (short of the truly wealthy) with our retirement savings, not having had to shell out tens of thousands of dollars to raise children or to buy/rent a larger home, (or live, cramped in too small a space for years),  or to pay for college. That’s a huge relief in an era when most Americans — even after decades of hard and/or decently-paid work –– still barely have $100,000 saved to fund 20+ years of retirement.

And my own childhood just wasn’t much fun; an only child, I spent ages eight through 13 at boarding school and summer camp, living at home for only two years of that.

Parenthood looked like an overwhelming amount of work and I knew I would never be able to count on anyone in my family to offer help of any kind.

As her only child, my mother’s own emotional and medical needs sucked me dry; by the time I was getting marriage proposals, I was busy carving out a career for myself in journalism, one so competitive — and poorly paid and with lousy schedules — I still couldn’t imagine adding the many enormous responsibilities of parenthood to that mix.

I now teach freshman writing at a private college in Brooklyn and have a mix of sophomore, junior and senior students in my blogging class there.

I love the interaction with my students and have gotten to know a few of them personally. I really enjoy our conversations and am happy to offer advice when asked. It feels good to share wisdom with younger people.

But I don’t regret my choice. 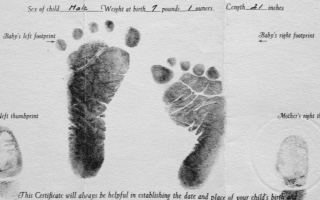 It is painful to know that no one will visit my grave, (if I even have one), or retain much memory of me once all my friends and family die.

There are days I’ve envied the pride and pleasure others feel in their children and grand-children.

But it is what it is.

I’ve realized how much I love emotional connection and nurturing others — with the freedom to stop if and when I feel depleted.

But utter and total dependency scares me to death.

Here’s an excerpt of an essay about this choice from Longreads:

People with children have told me that it is virtually impossible to put into words what they gain from their children. “I would be at a loss to describe it in any way other than clichés,” a friend told me. “You can’t know what you are missing until you are on the other side.” Well, I don’t know what it feels like to bungee jump either, yet people don’t try to convince me to hurl myself into a canyon. Besides, I might be able to jump once and then decide that it isn’t for me. With having children this obviously isn’t an option.

A new book, with the sad title, Selfish, Shallow and Self-Absorbed, a collection of 16 essays about not wanting to have children, is just out this week.

It’s edited by Meghan Daum; here’s a recent seven-minute audio interview with her about the book and her choice, from NPR’s The Takeaway.

I attended an event in Manhattan this week with Daum and three of her authors, fascinated to see a SRO crowd of probably 75 people. That’s a big turnout for any reading, and especially in NYC where there’s probably 10 a night.

And here’s an excerpt from an interview with her about this most personal of choices in The New Yorker:

One reason I feel it’s important to talk about choosing not to have kids (as opposed to not being able to have them when you want them, which is a whole other story) is that, so often, the discussion is reduced to glib remarks or punch lines like “I’d rather have expensive shoes!” or “Instead of having kids, I bought a Porsche!” That stuff drives me crazy. First of all, it diminishes the serious thought that so many people who make this choice put into their decision. Secondly, it perpetuates the “selfish” chestnut by assuming that people who opt out of parenthood are therefore choosing to live self-absorbed, materialistic lives. As a mentor and an advocate, I’ve seen no end to the ways that childless people can contribute to the lives and well-being of kids—and adults, for that matter. Those stereotypes are tiresome and counterproductive.

What’s been — or likely will be — your decision whether or not to have children?

If there’s a default expectation for women, it’s Becoming A Mom.

Surely every one of us wants kids. Don’t we?

I don’t have kids and never wanted to. Neither do either of my younger half-brothers. So, sadly — as those of us without kids often enjoy time spent with them — there are no children anywhere in our extended family, no nieces or nephews, no grandkids.

There’s a reason some women don’t want kids, but one we rarely discuss publicly.

Like me, some childfree women were parentified at an early age, pressed into premature service as the adult, the responsible one, the person who reluctantly but efficiently dealt with doctors and teachers and bankers and realtors and lawyers far too young — often because their parent(s) was/were mentally ill, and/or alcoholic or drug users and they had no other family to turn to.

This tends to make for lousy parenting, as your caregivers are often physically or emotionally absent or careless. Worse, they’re often exhaustingly selfish, needy, demanding, immature and insatiable.

Except that babies gurgle and coo and smell delicious and are charming as well as exhausting. They grow up and their needs change.

These sorts of parents rarely do. We often spend our childhoods and teen years and early adult years — the ones falsely glorified as a time of totally selfish independence and freedom — dreading the latest email or phone call signaling the next crisis. We may spend savings we barely have to repeatedly rush out and rescue our parent(s), as their own friends and even relatives burn out, give up and turn away.

So, by the time society expects us to start cooing lovingly over our own kids — as well as everyone else’s — you’re simply worn out. The whole idea of starting another job being someone’s caregiver and protector feels, as it is, overwhelming.

Nor do these sorts of parents want to baby-sit for you. Nor might you even trust them to do so, so the sort of automatic family support and love many people assume is normal and take for granted — and which makes parenthood look a lot more affordable and appealing — is never going to happen for us.

We rarely say this publicly because:

It’s not cool. If your Mom gets cancer or your Dad has a stroke, sure. People will be kind because they can relate. There are no pink ribbons for those of us carrying the weight of an alkie or a parent who’s in and out of mental hospitals.

These burdens are ugly and painful, and often only end when that parent dies or ends up in others’ professional care.

Non-mothers are considered people who want nothing to do with children. Wrong!  Kids are fine, and often fun. I just don’t want the lifelong responsibility for one, or several.

Here’s an excerpt from Jessica Valenti’s new book about women fed up after having had kids:

In 2008, Nebraska decriminalized child abandonment. The move was part of a “safe haven” law designed to address increased rates of infanticide in the state. Like other safe haven laws, parents in Nebraska who felt unprepared to care for their babies could drop them off at a designated location without fear of arrest and prosecution. But legislators made a major logistical error: They failed to implement an age limitation for dropped-off children.

Within just weeks of the law passing, parents started dropping off their kids. But here’s the rub: None of them were infants. A couple of months in, 36 children had been left in state hospitals and police stations. Twenty-two of the children were over 13 years old. A 51-year-old grandmother dropped off a 12-year-old boy. One father dropped off his entire family — nine children from ages one to 17. Others drove from neighboring states to drop off their children once they heard that they could abandon them without repercussion.

The Nebraska state government, realizing the tremendous mistake it had made, held a special session of the legislature to rewrite the law in order to add an age limitation. Governor Dave Heineman said the change would “put the focus back on the original intent of these laws, which is saving newborn babies and exempting a parent from prosecution for child abandonment. It should also prevent those outside the state from bringing their children to Nebraska in an attempt to secure services.”

One father dropped off his entire family.

On November 21, 2008, the last day that the safe haven law was in effect for children of all ages, a mother from Yolo County, California, drove over 1,200 miles to the Kimball County Hospital in Nebraska where she left her 14-year-old son.

What happened in Nebraska raises the question: If there were no consequences, how many of us would give up our kids?

How do you feel about having kids?

Do you feel pressured to become a parent?