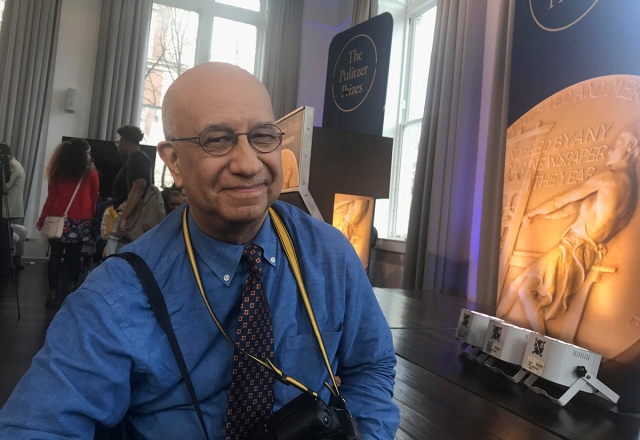 In the romantic sense, anyway.

I see a lot of anguish among my friends who are single, no matter their age. One is desperate to have children but has no partner. Another has had her heart broken a few too many times.

One of my Sunday morning pleasures is reading The New York Times wedding announcements, aka the social box scores. I admit it — my mother’s wedding and both of mine made the cut. And, for every kindergarten teacher marrying an investment banker, or a Harvard-educated physicist marrying a former White House speechwriter, there are a few fun couples you just want to cheer for, like the 71-year-old therapist and mandolin player who married an 80-year-old — and met him while sharing their love of vintage Porsches.

I married for the first time at 35 and he bailed after barely two years, re-married to a colleague within a year. He was “perfect on paper” — a tall, handsome, medical student who played clarinet and guitar and also loved to travel. But it was not to be.

Divorced (no kids) for six years, I had plenty of time to re-think who or what I most wanted — as I missed being married. One of my hopes (realized!) was to find a partner who was interesting, well-traveled, accomplished yet also modest. In New York, that’s almost impossible; I was way out of most leagues, not having an Ivy degree, let alone several.

In those years I dated a computer geek of Greek origin, a ship’s engineer and a Jewish man whose parents’ first question to me was: “Are you Catholic?” (No.)

I met a few charming liars, as anyone does when meeting people on-line. Even a convicted con man. Terrifying!

Then I wrote about online dating — still a novelty then — for Mademoiselle, a now-defunct national women’s magazine. My profile headline read, truthfully: Catch Me If You Can. Jose, now my husband, liked the challenge and we met and…that was it!

In sickness, surgery and in health…

We would never have met any other way, as he lived 30 miles south of me in Brooklyn and worked full-time, an odd schedule, at The New York Times. The day he was to have moved in with me was 9/11.

Our first few years weren’t smooth. We loved one another, but were tough, prickly, set in our ways and, typical of successful journalists, extremely competitive. Whew!

But we’ve also always been quick to laugh, to hug, to forgive. We share a ferocious work ethic. We love to mentor and entertain, to share what we have with those we love. Our sofa is well-used by visiting younger pals.

We love to travel, whether in a tent (rarely!) or an elegant city hotel. We both have spiritual practices — mine, Episcopal church, his Dzogchen Buddhism; you can see his mala beads on his left wrist below and the stained glass of the tiny wooden church on Toronto’s Centre Island.

It’s never easy or simple to find a great match, especially later in life as career and education and children enter the picture and each of which can make a commitment more challenging.

I was unhappily single for years in Toronto because I knew I really wanted to move to New York — and who would move with me, legally? It all worked out (moved here with first husband who I met in Montreal), but who knew at the time?

I’m so grateful for how it worked out.

How have you found romantic love?

And, so to Valentine’s Day…

Having loved and lost and loved again — now in the 11th year with my sweetie — here’s how he won my heart, and continues to.

I suspect many of these are on your wish list as well:

Be loyal. If someone disses me, especially in front of others, remind them, however gently, that their concerns are best addressed directly to me.

Listen carefully. Do not blow me off with “I hear you.” Focus your undivided attention on me for at least 30 minutes every day and you will learn who I am and where I’m going and whether I still want you with me on that journey.

Make me laugh. I can handle a  ton o’ stress as long as I can laugh long and hard in the middle of it. A man who makes me laugh wins me every time.

Action, not words. As someone who uses words for a living, as a journalist and author, I am totally unimpressed by fair phrases and fancy promises. Heard ’em all! I’m watching and waiting for you to put those words into action. Until you do, I tend to tune out.

Take good care of yourself. Dress with care and style, smell good, trim your hair and nails. Go to the gym or court or field and sweat off your stress and frustrations. Or meditate, or pray or go fishing to savor life and slow down into pleasure and come home again happy. Watch what you eat and remember that a trim, healthy man who respects himself enough to keep strong and flexible is attractive at any age.

Be fun. What do you do for pure fun? That does not involve some tech-toy or screen or sitting still? Think of fun, spontaneous things to do or places to go or a new meal to try. Delight me, please.

Have a spiritual life. You must be very clear that we all are much more than the sum of our possessions, good looks and/or fancy job title. What are you giving back to this world of value to others?

Astonish me. My sweetie scrubbed my mother’s soiled mattress after she had been trapped in bed for days before she was rescued with a brain tumor (She is fine.) Who does that? He did. Sold!

Don’t confuse charm or personality with character. It’s a very old-fashioned word, character, but it’s what lasts long after superficial charm or a cute smile or a cool job. After the age of 40, life starts getting much tougher for most of us, as our parents sicken and die, as friends die too young and we face our our work and health challenges. A man, or woman, with character will be steadfast through it all.

Be kind. To me, yourself, to others. Pat dogs and cats in passing (unless you’re allergic or phobic.) Hug babies and kids  — everyone! Kiss people when you see them. Hold their hands, literally or figuratively, when they are scared or lonely. Compassion is one of the sexiest qualities a man can have!

And, yes, of course — we need to bring these qualities as well!

What qualities in your sweetie won your heart?

What does it take to find and keep true love?

For Valentine’s Day, the editor of The New York Times‘ ‘Modern Love’ column, which runs each week in the Styles section, Daniel Jones weighs in:

You’d think by now we would have an iHeart app that takes our quivering insecurities and converts them into kilowatts that can be sold back to the power company. We don’t. I’ve been sitting in this editor’s chair for five years. Tens of thousands of strangers have told me their love stories in letters, essays, phone calls and dinner conversations. It’s not a pretty picture….

If I were Spock from “Star Trek,” I would explain that human love is a combination of three emotions or impulses: desire, vulnerability and bravery. Desire makes one feel vulnerable, which then requires one to be brave.

It’s been ten years next month since I met my sweetie. He found me on-line, after I posted a profile (Catch Me If You Can, I titled it, honestly) and a photo that had been taken professionally for a story I wrote for Family Circle in which I wore silk, pearl earrings, a blazer — not exactly my normal attire. I was writing about on-line dating for Mademoiselle, a now-defunct Conde Nast women’s magazine.

He referred to himself, in one of his initial emails, as a “Mexican/Navajo/Buddhist/Republican/golfer.”

We had our first fight before our first date when he told me he planned to wear jewelry (pinky ring? bling? gold chains?) to that date and I freaked out. Luckily, he stayed the course, encouraged that he made me laugh so hard on the phone that I (so sexy) snorted.

He was, and remains, a very different sort of person than I — super-organized to my spontaneous free-spiritedness; a hovering, nurturing Jewish mom to my frostier, hyper-independent WASP tendences; a devout Buddhist who still comes to church with me, happily walking beside me up the aisle when we are asked to bring the wine and wafers to the altar for Communion. He’s seen me through two orthopedic surgeries (so far), a brain scan (there is something in there, we have proof), family dramas that included my mom’s enormous (now safely gone) brain tumor.

I doubt he signed up for any of this –who does? It’s all romance and roses and hopes and fantasies. Then reality hits. Then, in my mind, love becomes a deliberate decision, an active verb.

It is rarely dull. I can’t stand dull. Yet, for all our unchanging volatility and tedious workaholism, we’re still addicted to French bistros, the weekend FT and one another. We still make one another laugh, usually daily, so hard I think my head will explode.

I’ve never spent a decade with anyone. Never thought it possible.

Here’s to the next one.